The last few posts, I shared some vignettes or scenes that evoke special memories that I may seek to at least partially evoke through modelling in the future (somehow).  This post will conclude this series and touch on teams tracks and diversity of road names.

I really like team tracks.  Team tracks are typically small railroad sidings intended for the use of area customers to personally load and unload products and merchandise, usually in smaller quantities.  I love the way almost any kind of car can show up.  They are great for model railroads because they don’t need a lot of space and you can spot a wide variety of cars and road names there.  No building is necessary.  Just a flat spot where customers can load or unload freight cars.

There were a number of team tracks around where I grew up in Houston.  The two I kept the closest tabs on were near the corner of Griggs and Telephone Roads and at the Mykawa Yard not far away.

Modern day remnants of the Griggs Road team track on the old SP in Houston. Green dots show the track I saw being used often as a kid.

I saw a wide variety of boxcars and gondolas (gravel) being unloaded over the years growing up.  Not once did it dawn on me to record it with my camera.  It’d be there forever, right?  Even though it was on the SP, I vividly recall a very old mineral red UP gondola (complete with a “Be Specific Ship, Union Pacific” logo in yellow.) being loaded there with old tires one afternoon. 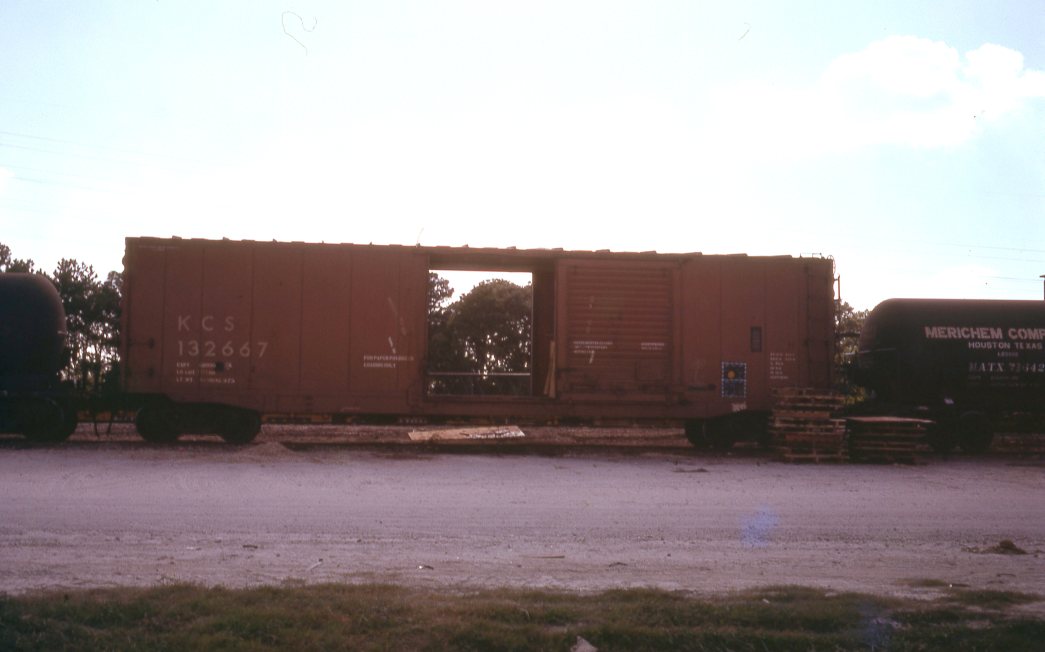 I loved this team track because it let me see cars from many railroads and a wide variety of loads.

I recall many boxcars, refrigerator cars, tank cars and some heavy equipment on flats. 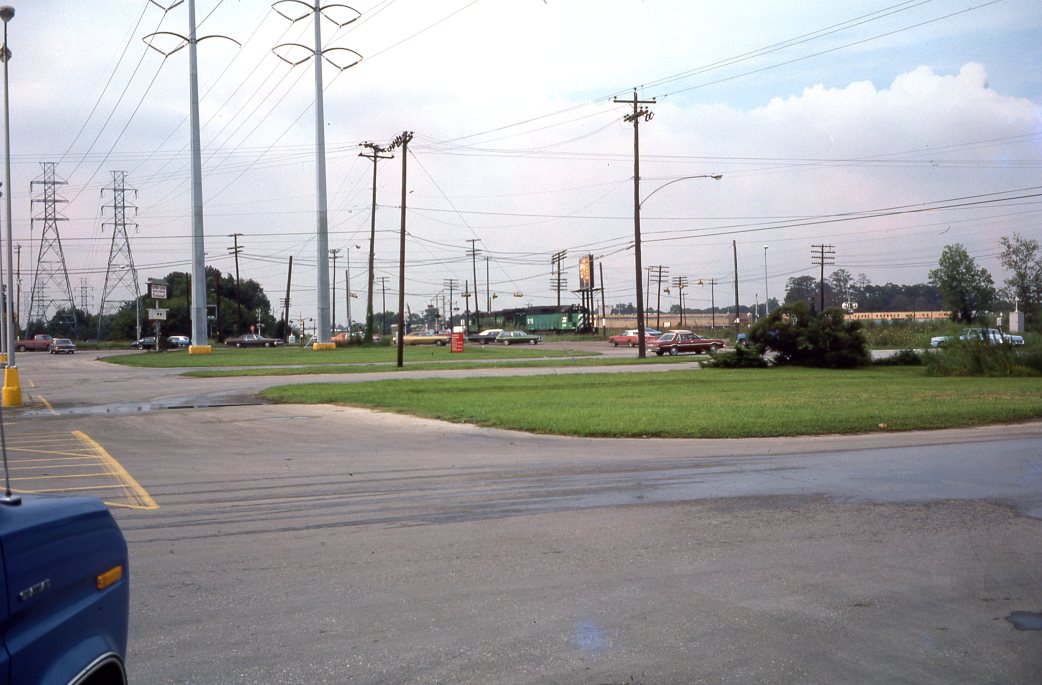 The team track was behind the BN locomotives exiting the yard. –©photo by C. E. Hunt 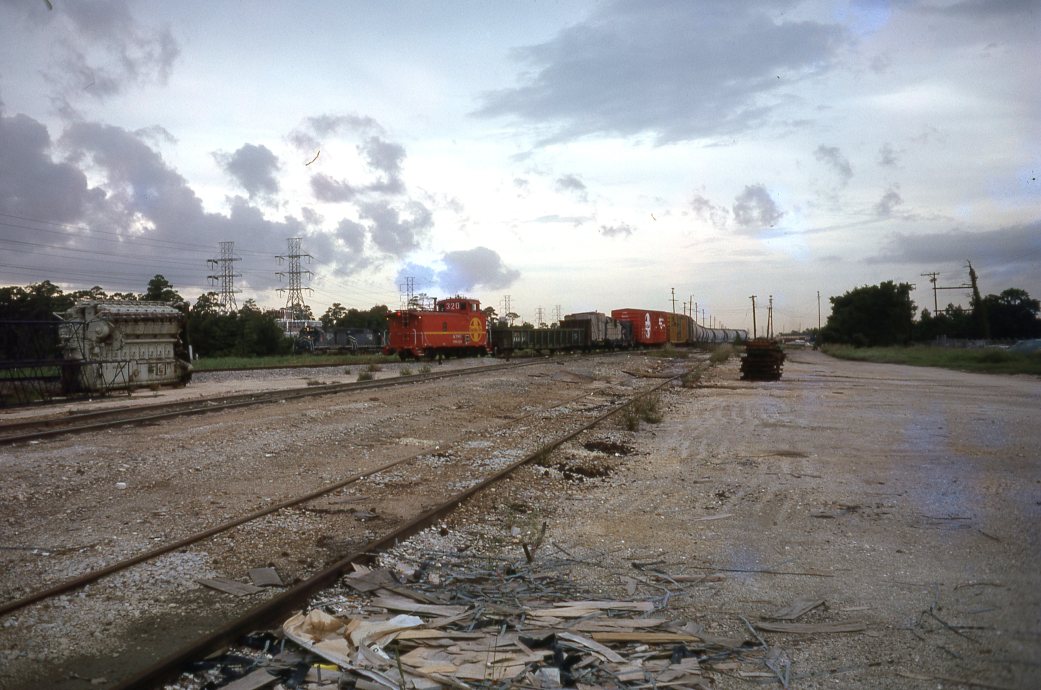 MP freight leaving Mykawa Yard Nov 1978. Note engine and boom that had been unloaded at the team track. Note the debris in the foreground that one often finds at a team track.-–©photo by C. E. Hunt 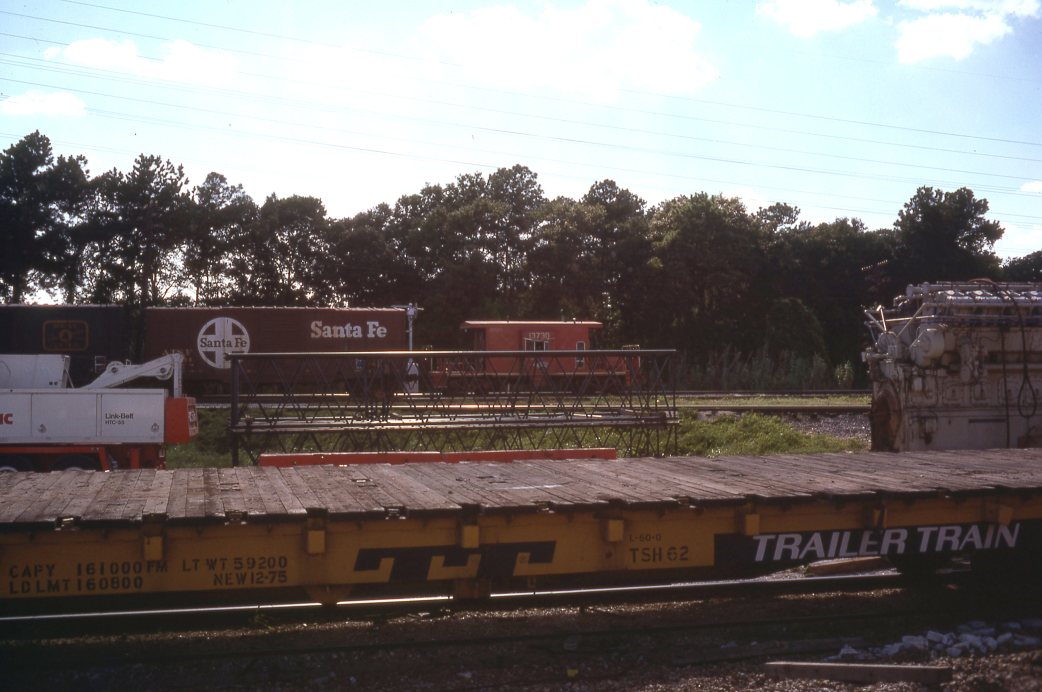 Caboose of the MP freight leaving Mykawa Yard Nov 1978. Note crane, engine and boom that had been unloaded at the team track and the likely flat car that helped deliver them. -–©photo by C. E. Hunt

Above is possibly my favorite car that ever came in for some reason.  The other side was open.  The car had been emptied.

Team track are great opportunities for modellers.  They offered a lot of operation possibility with very modest modelling required.  One rule though is keep them messy!

Railroads used to put a lot of thought into how they decorated their rolling stock AND there used to be a lot of large to medium sized railroads.   This makes modelling the 1970s and 80s a bit more interesting.  A lot of the iconic railroads stayed independent until the early 1980s.  Just check out the diversity in the following pictures from that era.

Here is a sequence from a 1979 ATSF freight train.

Lots of icons from the pre-Burlington Northern days! –©Photo by C.E. Hunt Rock gondola at a team track in Arkadelphia, AR, 1978. (My poor, patient cousin was waiting in the Cordoba as I thoroughly documented this team track and pulp yard.)  –©Photo by C.E. Hunt

I could go on and on, but I just wanted to give a glimpse into the diversity.

Ah, these are great memories!  Memories can be a big part of why we model.

Hope you found them great too!