This is an introduction to a great layout that I have had the pleasure of operating numerous times.  It is the product of B. Smith’s experience as a 1:1 scale railroader and his love of West Texas, Colorado and many other western locales including his native California.

The Limpia Canyon Northern, the LCN, is a proto-freelanced layout set in dual eras.  B. Smith cut his teeth as a professional railroader in the 1990s but he fell in love with railroads in the 1970s.  As a result, his layout has the novel approach of having one town on the layout set in the late-1960s/early 1970s and the rest are set in 1990.

The layout is point-to-point and all shelf.  I learned from him the lack of any need for being able to run trains in a loop.  Since meeting the LCN, ALL my layouts have been point-to-point.  I’ve never looked back for a second.

The scale is not accurate but this gives a good overview of the layout.  The towns of San Angelo and Sanderson are compressed and actually separated by the long stretch of mainline.

Only Sanderson is set in the 1970s.  This is a great added bonus.  This allows B. Smith to break out his Alcos and boxcars with roof walks and cabooses and have a great time serving a small town with a lot of carload traffic.  When operating in the 1990s, one just eases through Sanderson without skipping a beat.  It’s just a small western town that time passed by.

The next post will feature a town-by-town description. For now, enjoy a few random scenes along the LCN. 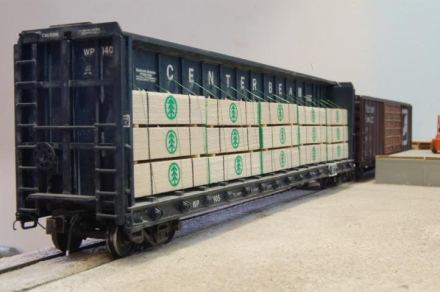 In the next post, we will start with Pecos and start working our way to Magdalena.

2 thoughts on “The Limpia Canyon Northern RR, part I”