The above photo is of Col. Theodore Roosevelt at the first annual Rough Riders Reunion in front of the Castañeda Hotel in Las Vegas, N.M., in June 1899. 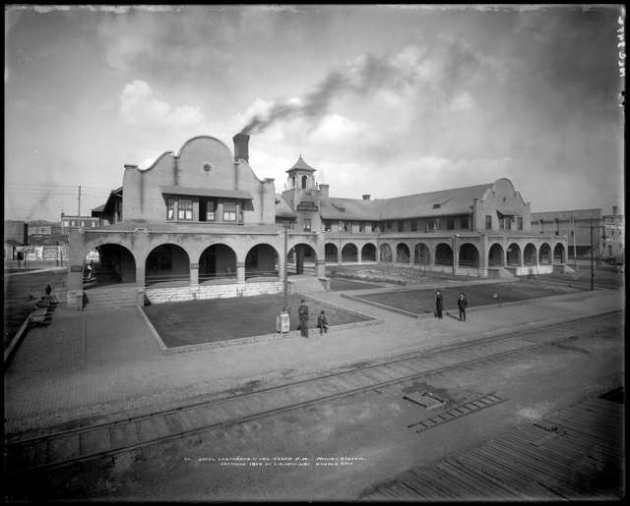 Hotel Castaneda, originally built in 1898, is currently being refurbished to once again serve as a hotel. See this article from the Houston Chronicle article. Photo courtesy Denver Public Library.

I am a fan of Roosevelt’s efforts to establish numerous National Parks, Forests and Wildlife Refuges.

A interesting book  that emphasizes his conservation efforts is–

Here is an excerpt of a review for the New Yorker–

Theodore Roosevelt spent the day of July 1, 1908, the tenth anniversary of the Battle of San Juan Hill, creating forty-five national forests. In this biographical study of T.R.’s campaign to save hundreds of millions of acres of wilderness, Brinkley writes that “the forestry movement would be forced down his opponents’ throats.” Roosevelt’s intense love for nature was, Brinkley makes clear, a conqueror’s love—triumphal Darwinism—and included a “blood lust” in hunting the wildlife he championed.

It is a bit long (actually very long at 960 pages), but it gives a great overview of his work in conservation.  Of all our Presidents, he probably had the largest, most positive impact on conservation overall.